After more than 172 tournaments in 13 different countries (Belarus, Bulgaria, Germany, Ireland, Israel, Luxembourg, Malta, Monaco, Poland, Ukraine and Hungary), the finals of this great international tournament will take place at the Monte-Carlo Country Club from October 17th to 20th 2019.

The four days dedicated to the last matches are like the national stages, played without referees, so that the young athletes can have fun while giving themselves thoroughly, but also put their honesty and integrity to the test on the court. In accordance with this principle, the Fair Play Trophy will be awarded at the end of the International Master in recognition of the young player who will be the most distinguished by his honesty and his sportsmanship.

In addition to give the opportunity to exchange some balls, the Kinder+Sport International Tennis Trophy Master is an event that allows children and their families to devote time to sport, fun and meeting new people. From the opening parade to the Prize-Giving Ceremony, there will be plenty of opportunities for the participants to get to know each others and share moments by joining the activities organized at the Kinder+Sport Village, where games and entertainment will bring the concept of Joy of Moving to life.

The initiative was launched in Italy in 2006 on an idea of the ??tennis star Rita Grande in collaboration with Kinder+Sport Joy of Moving. In 2017, she began to internationalize, contributing to the diffusion of the concept of this active lifestyle among new generations.

The years pass, but the spirit of the tournament remains, represented by the mission and philosophy of the project Kinder+Sport Joy of Moving continues. The Kinder+Sport Tennis Trophy goes beyond competition to defend the values ??of self-esteem, of others, of integration, of friendship and of respect. 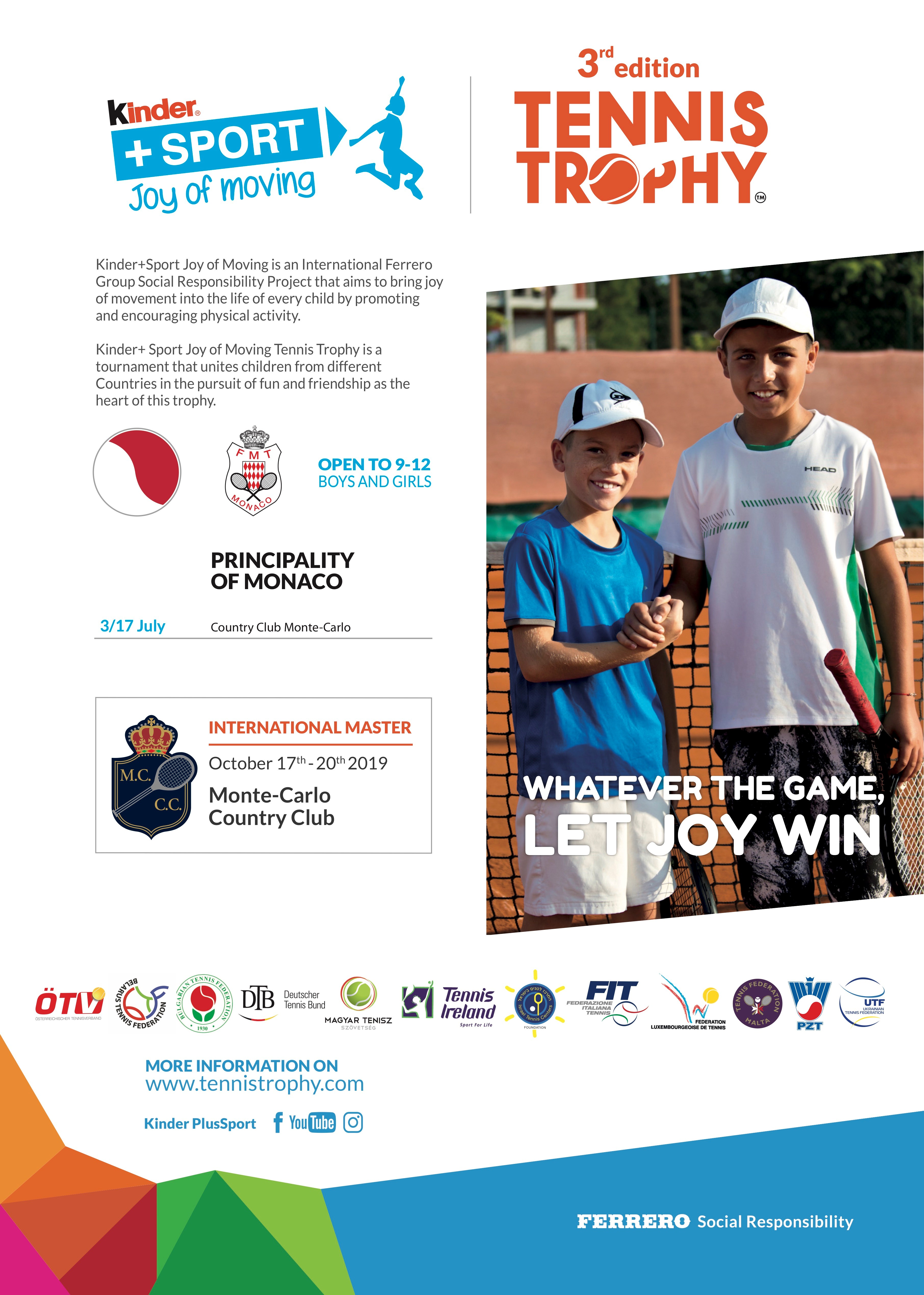