The Monegasque team won the Cup Davis tie 4 - 0 against Morocco!! 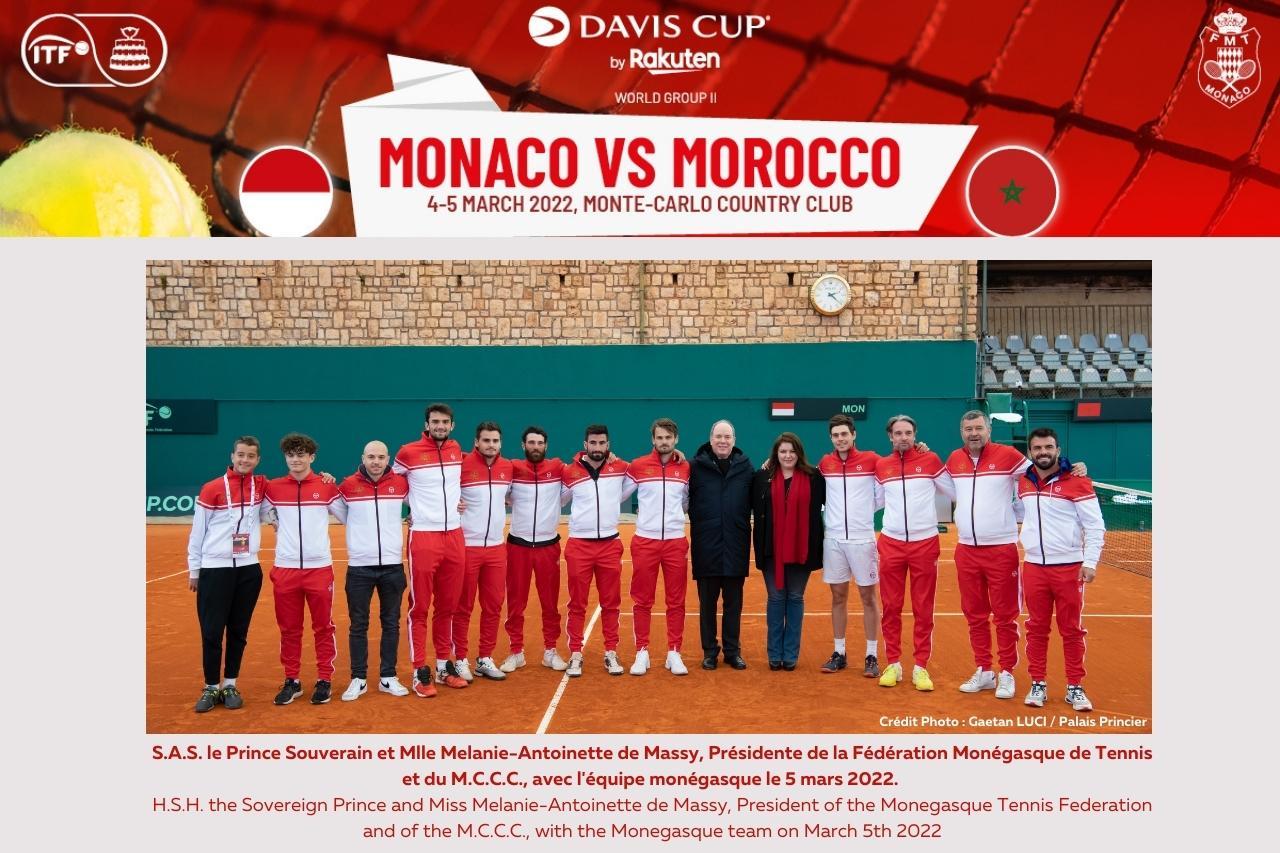 The Monte-Carlo Country Club warmly congratulates the players of the Monegasque Tennis Federation who won the 2 matches played yesterday and won 4 - 0 the Davis Cup by Rakuten - World Group II Play-offs tie against Morocco at the Club!

The players benefited from a great support since in addition to the numerous supporters present in the stand, H.S.H. the Sovereign Prince honoured them with His presence on Saturday afternoon.

Following its great performances, the Monegasque team succeeded in fully integrating World Group II, the matches of which will be played in September 2022 ! 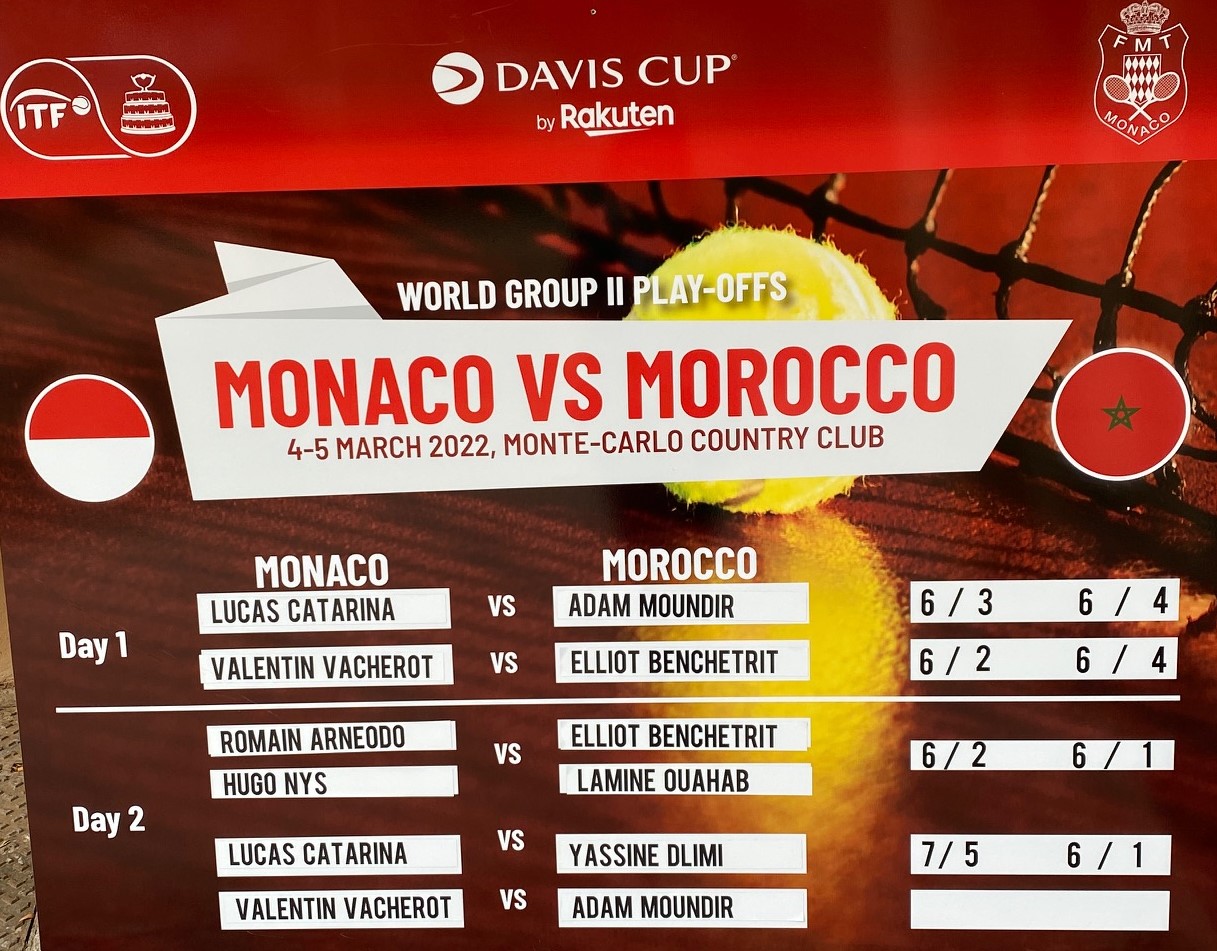