World Group II - MONACO vs MAROC at the M.C.C.C. 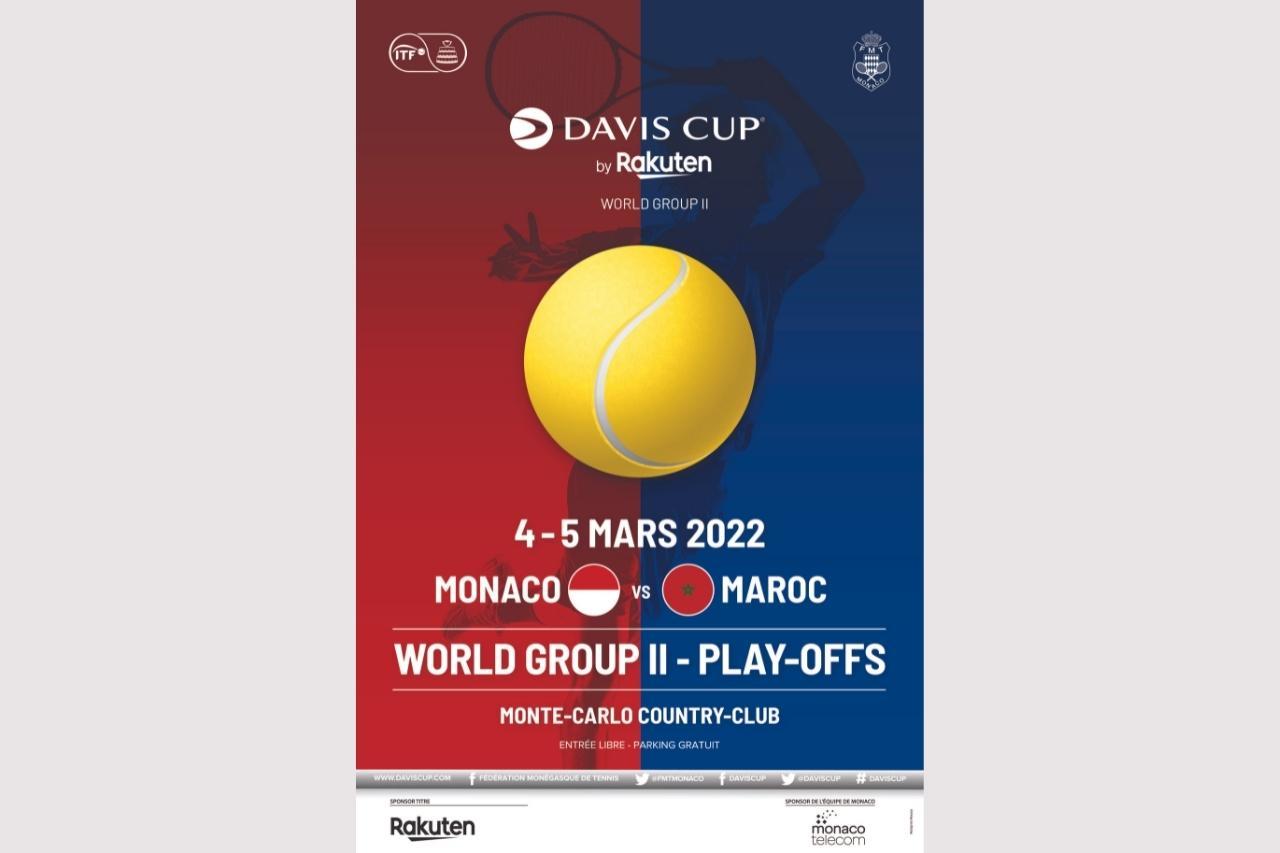 The Monegasque Tennis Federation is pleased to announce that the Davis Cup by Rakuten – World Group II Play-offs MONACO / MOROCCO tie will take place at the Monte-Carlo Country Club on March 4th and 5th.

Indeed, due to the current restrictions and the uncertainty weighing on a possible reopening of the Moroccan borders, the Davis Cup Committee has decided that this meeting could not take place in Morocco. The Royal Moroccan Tennis Federation having not exercised its right to receive Monaco on neutral ground, the competition will therefore take place at the M.C.C.C.

The Monegasque team will play these play-offs with the aim of fully integrating World Group II, the matches of which will be played in September 2022.

The event will be open to the public in compliance with the health rules in force.

The competition schedule is as follows:

Double followed by Single 3 and Single 4.

The names of the selected players will be announced in February.

The last tie between Monaco and Morocco was inJuly 2015 when the Monegasques won the duel 3-1 at home, in blistering heat and managed to stay in Group II.