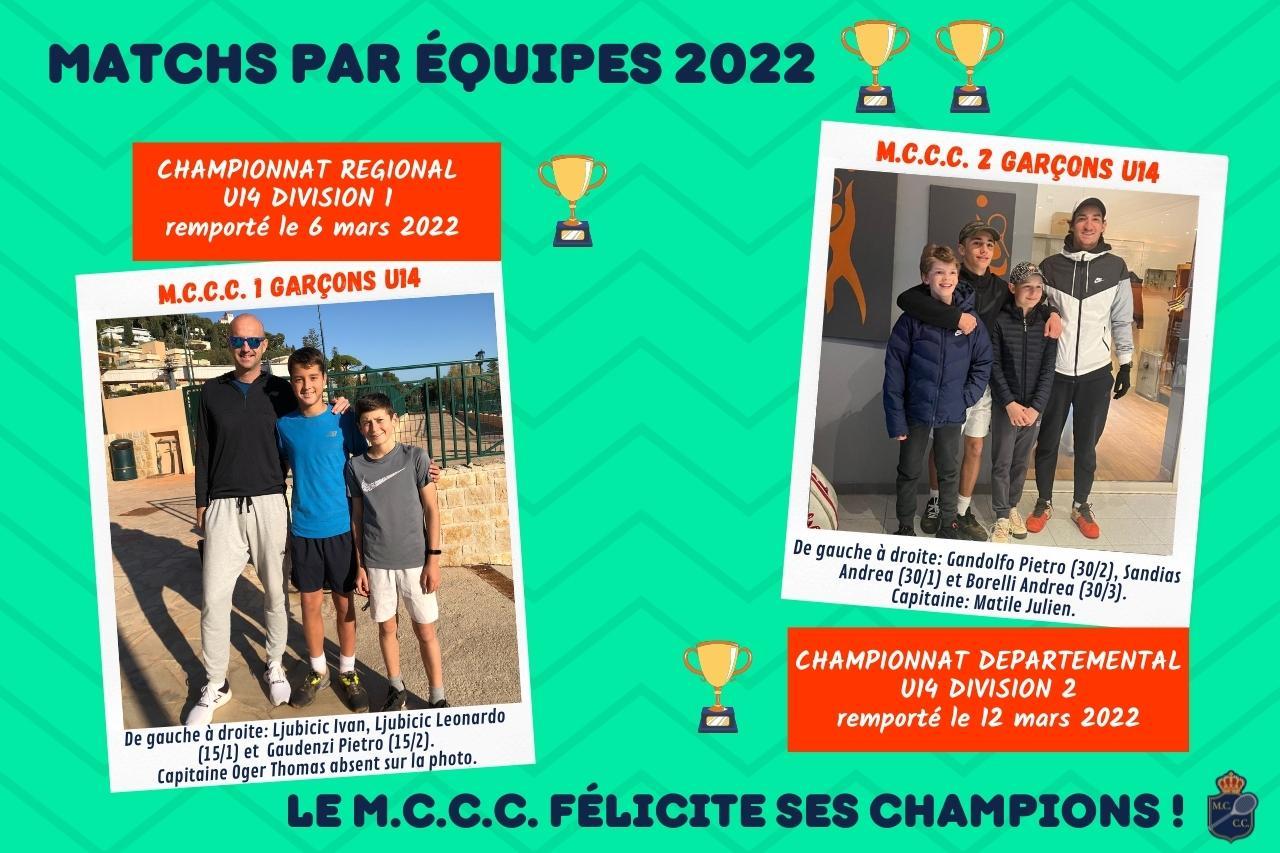 The Club extends its congratulations to its Junior teams for their great results!

The U14 Boys team : Ljubicic Leonardo (15/1) et Gaudenzi Pietro (15/2) - capitaine Thomas Oger)which won the U14 Regional Championship (Division 1) by winning the final against the CC Aix team (3/1) on March 6th 2022 after 3 victories in qualifying phase and a semi-final won against the Tennis Club de Mougins team (3/1).