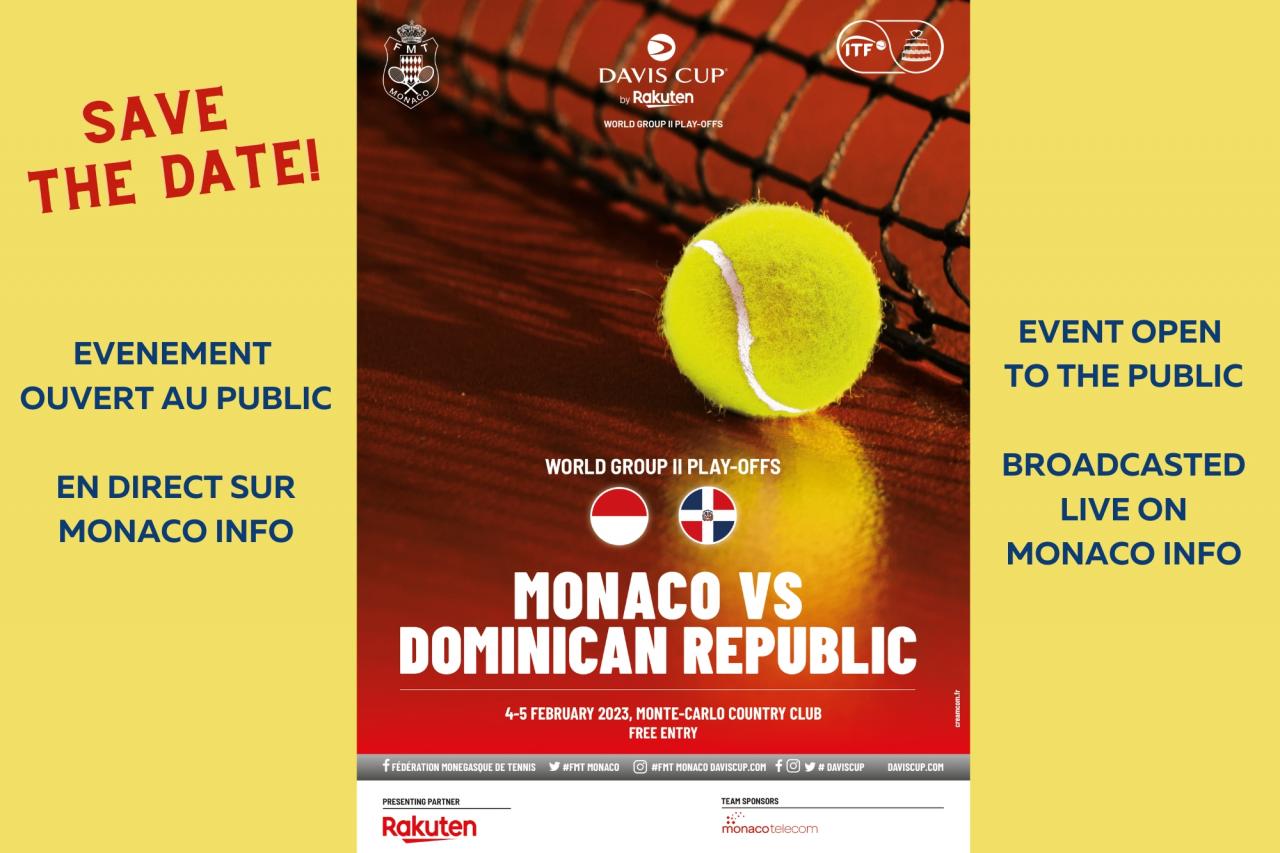 The Monegasque Tennis Federation is pleased to announce that the Davis Cup by Rakuten- World Group II Play-offs MONACO vs DOMINICAN REPUBLIC will take place at the Monte-Carlo Country Club on February 4th and 5th 2023.

The event will be open to the public and broadcasted live on Monaco Info.

We hope to see many of you supporting our team over the two days!

The competition schedule is as follows:

The names of the selected players will be announced at the end of January.