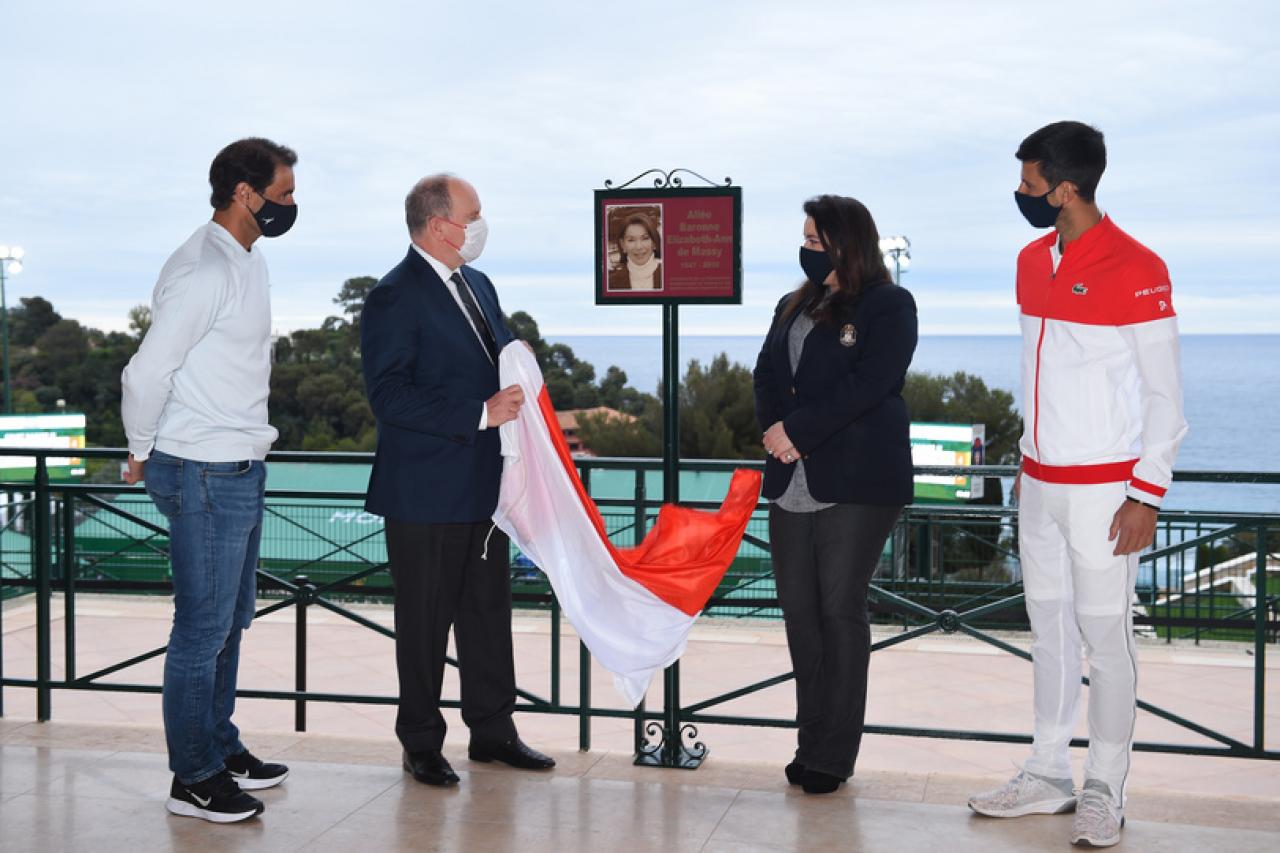 On this day of the first matches of the Rolex Monte-Carlo Masters’ main draw, H.S.H. Prince Albert II wished to be present at the Monte-Carlo Country Club to pay tribute to Baroness Elizabeth-Ann de Massy.

A ceremony was held to unveil a plaque in memory of the one who was an exceptional President and who will remain in the legend of Monegasque tennis. Baroness Elizabeth-Ann de Massy worked tirelessly to develop and promote the M.C.C.C., the Rolex Monte-Carlo Masters and the Monegasque Tennis Federation, until her passing on June 10th 2020.

This plaque, which will be installed at a later date on the main alley of the Club, was unveiled in the presence of H.S.H. the Sovereign Prince, of the Baroness's daughter Miss Melanie-Antoinette de Massy, the new President, as well as Novak Djokovic and Rafael Nadal, emblematic figures of the tennis world, who were deeply attached to Elizabeth-Ann de Massy, like many others players. 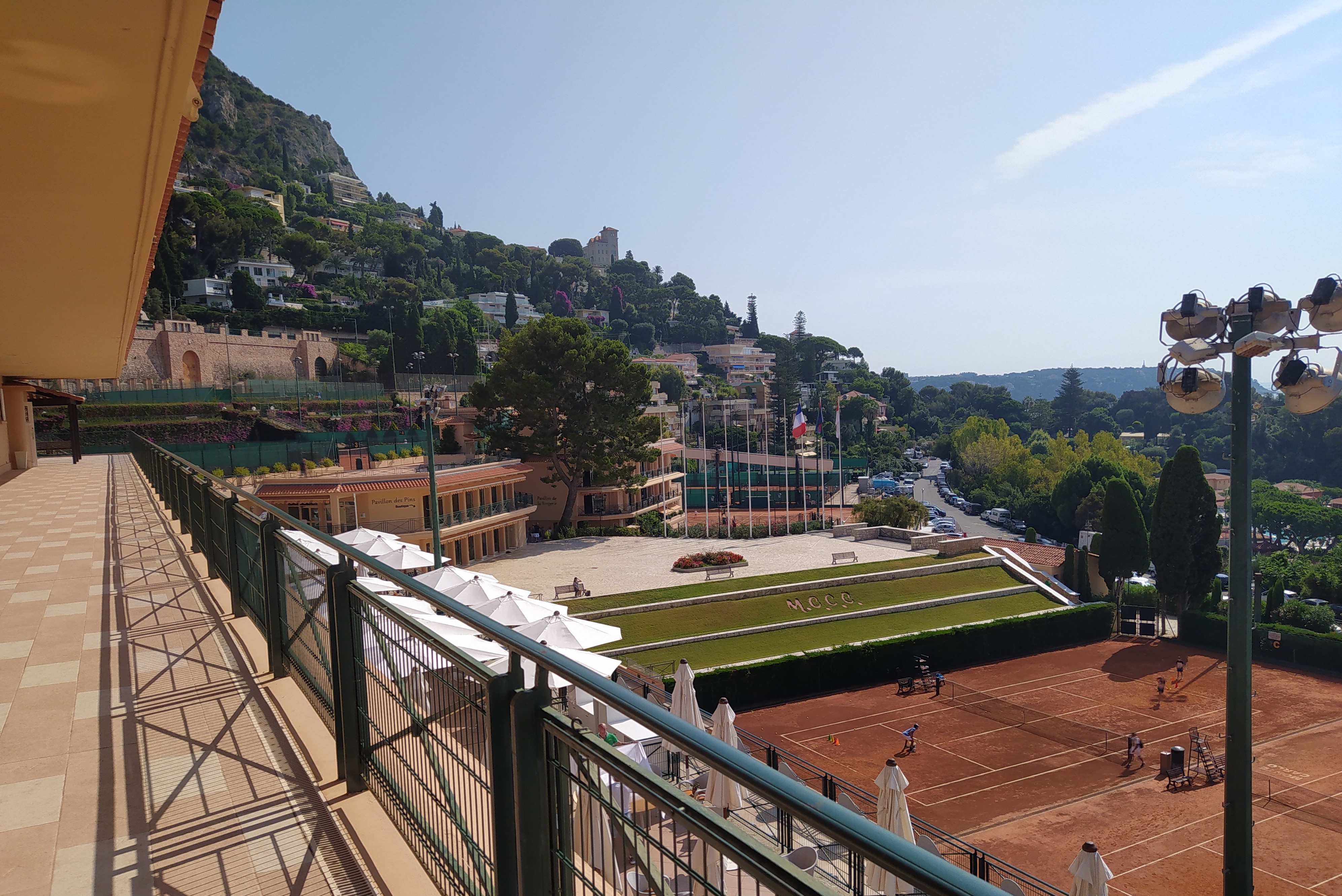 For Rafael Nadal, who respectfully called her "La Madame", "she was an exceptional lady, elegant, fantastic attitude, someone with clear ideas and better ways, always remarkable." She is sorely missed by the entire tennis family.

Tributes to the Baroness Elizabeth-Ann de Massy in the LOPEN MAG, click HERE. 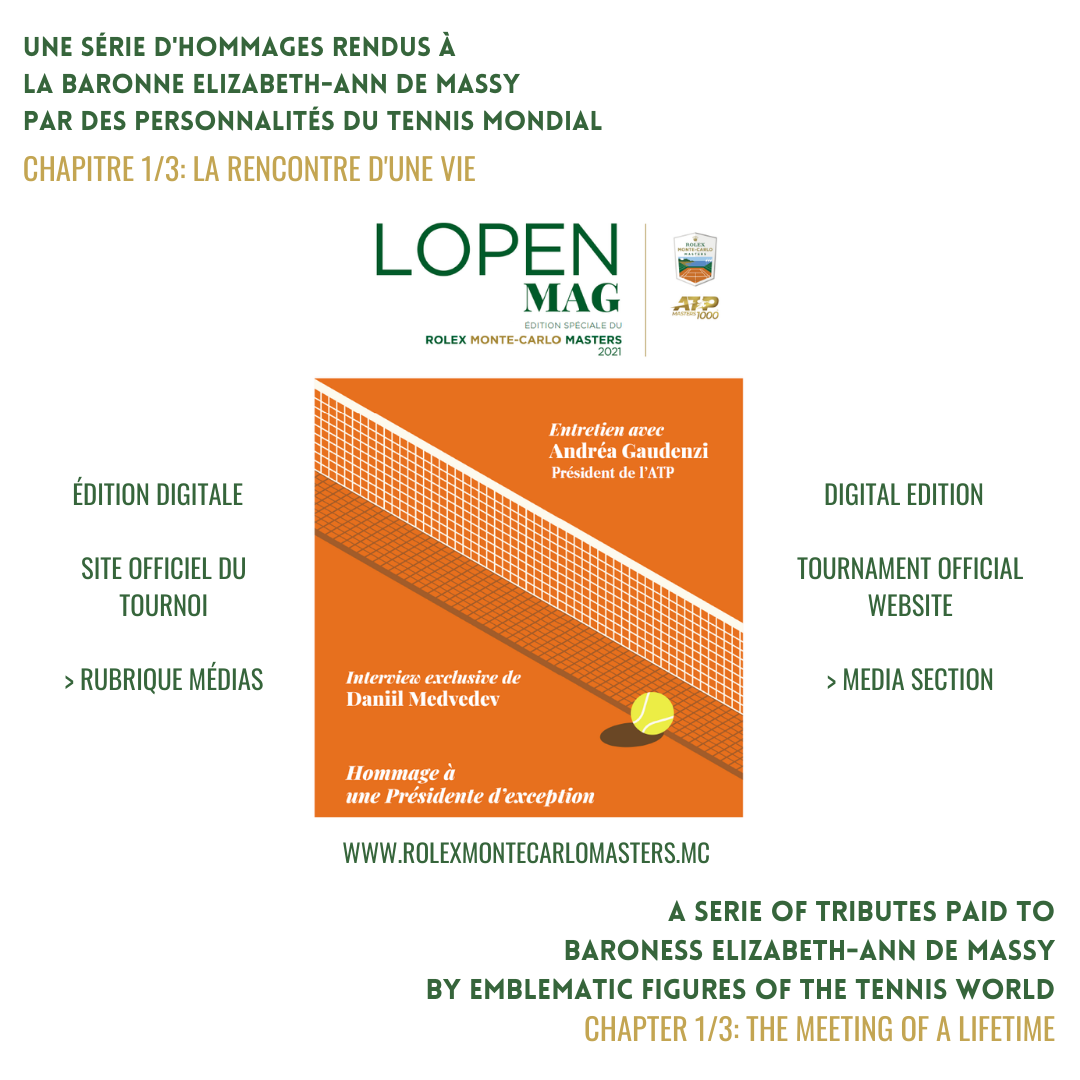 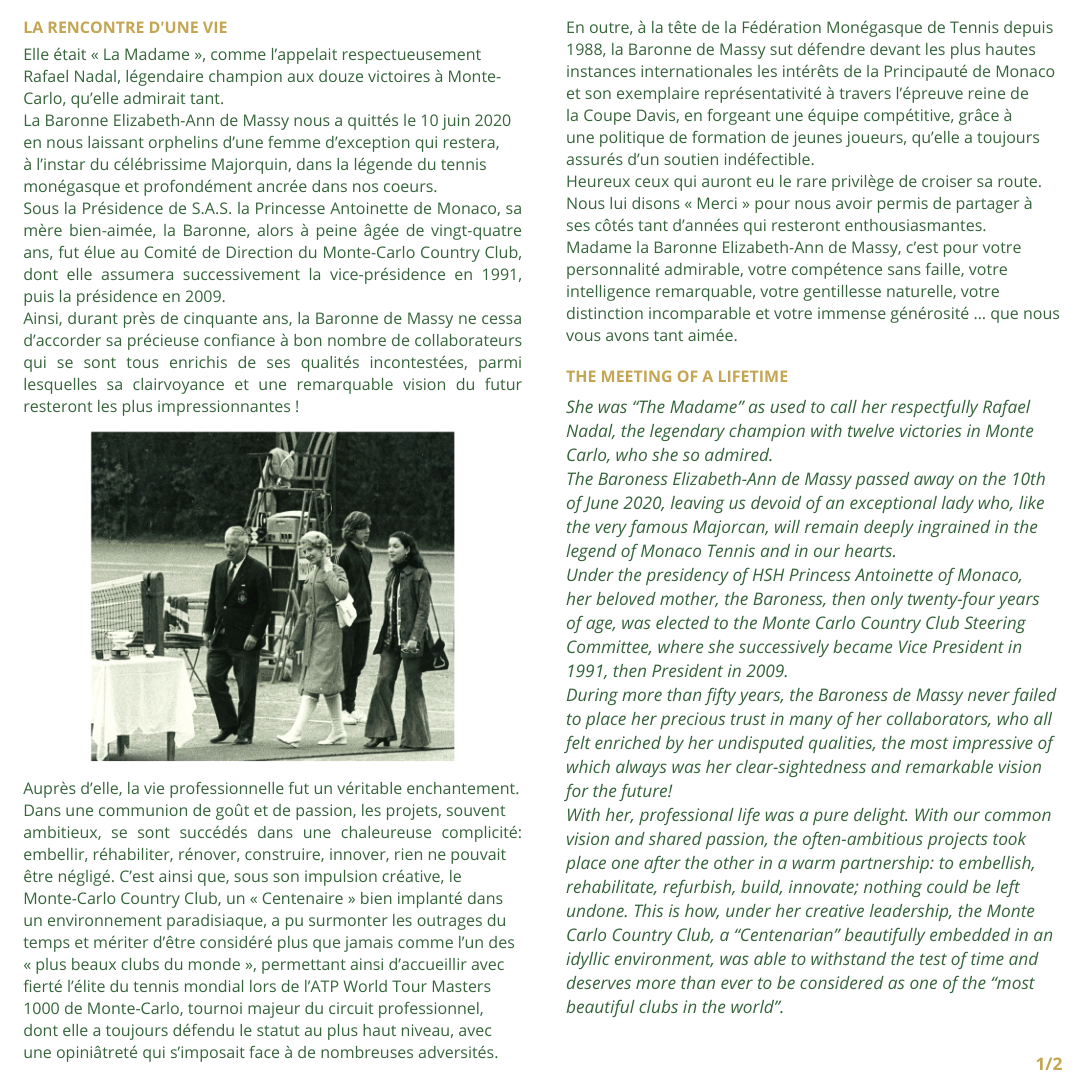 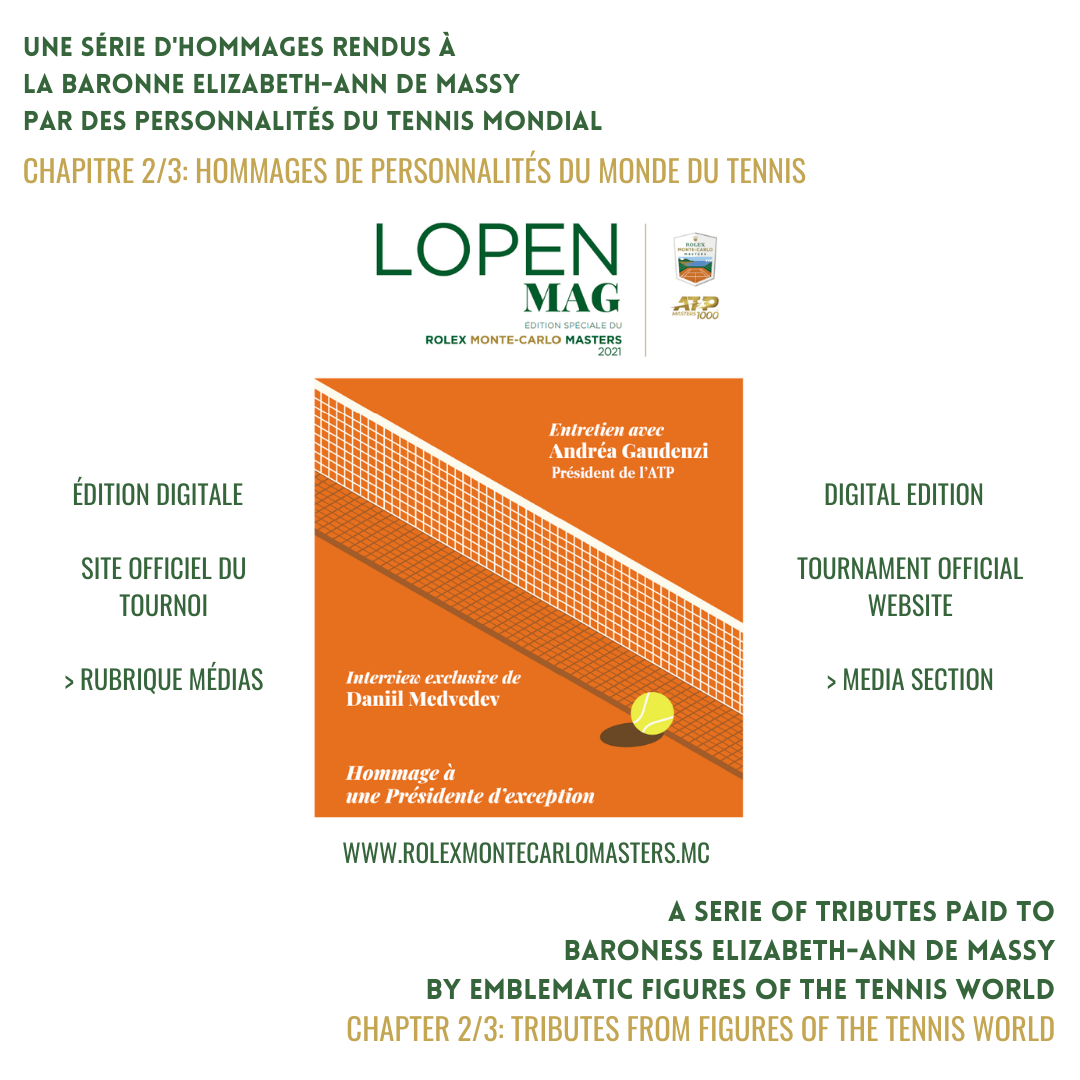 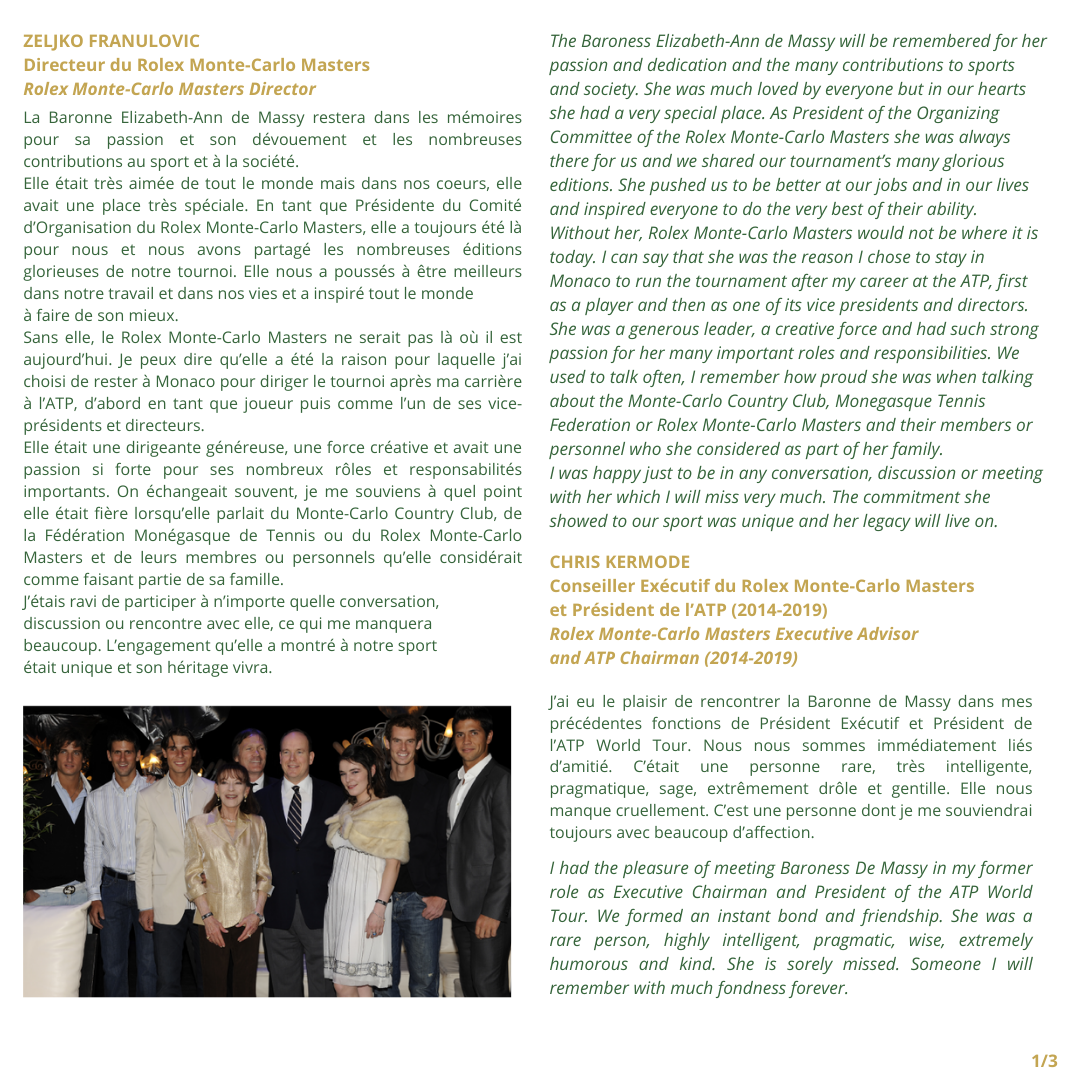 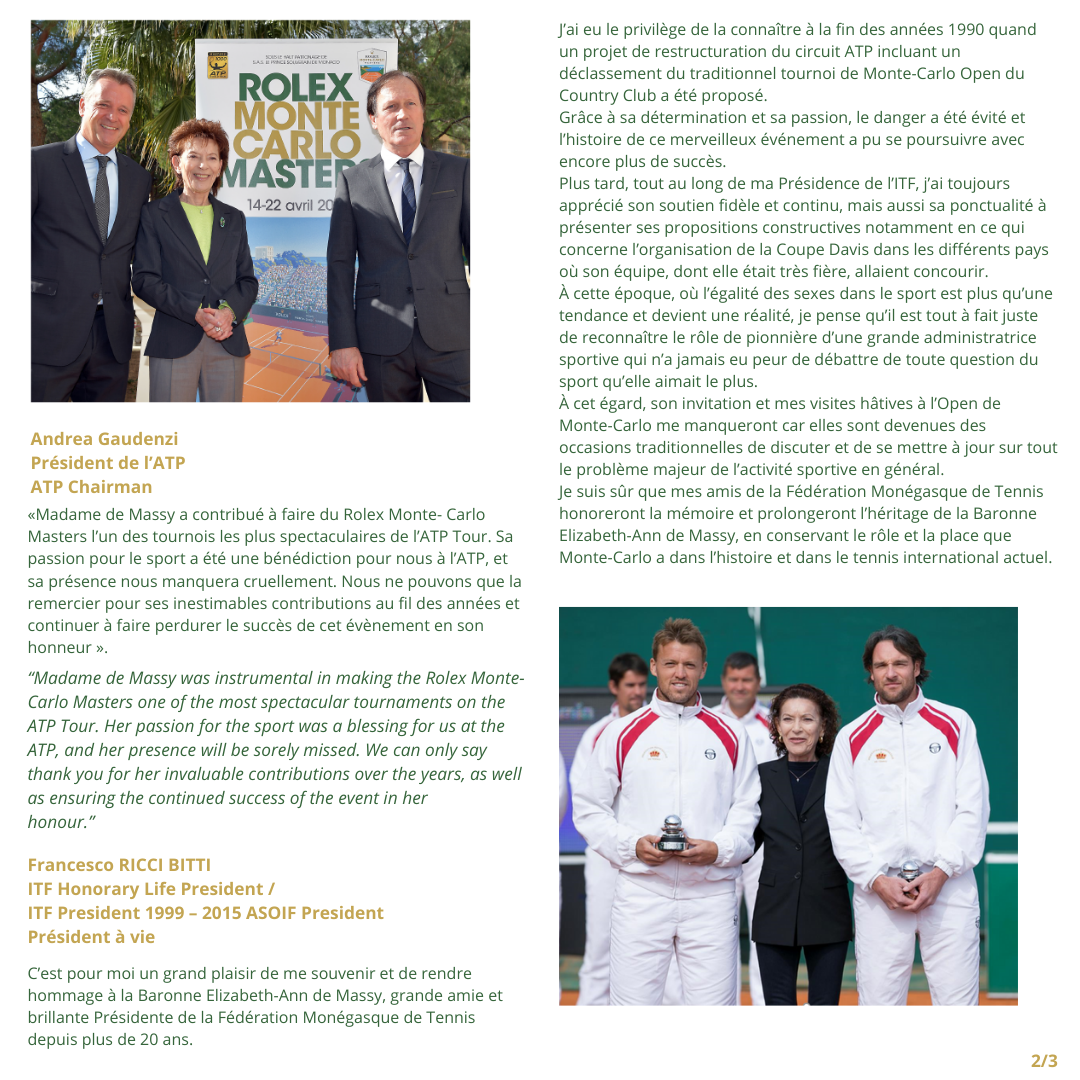 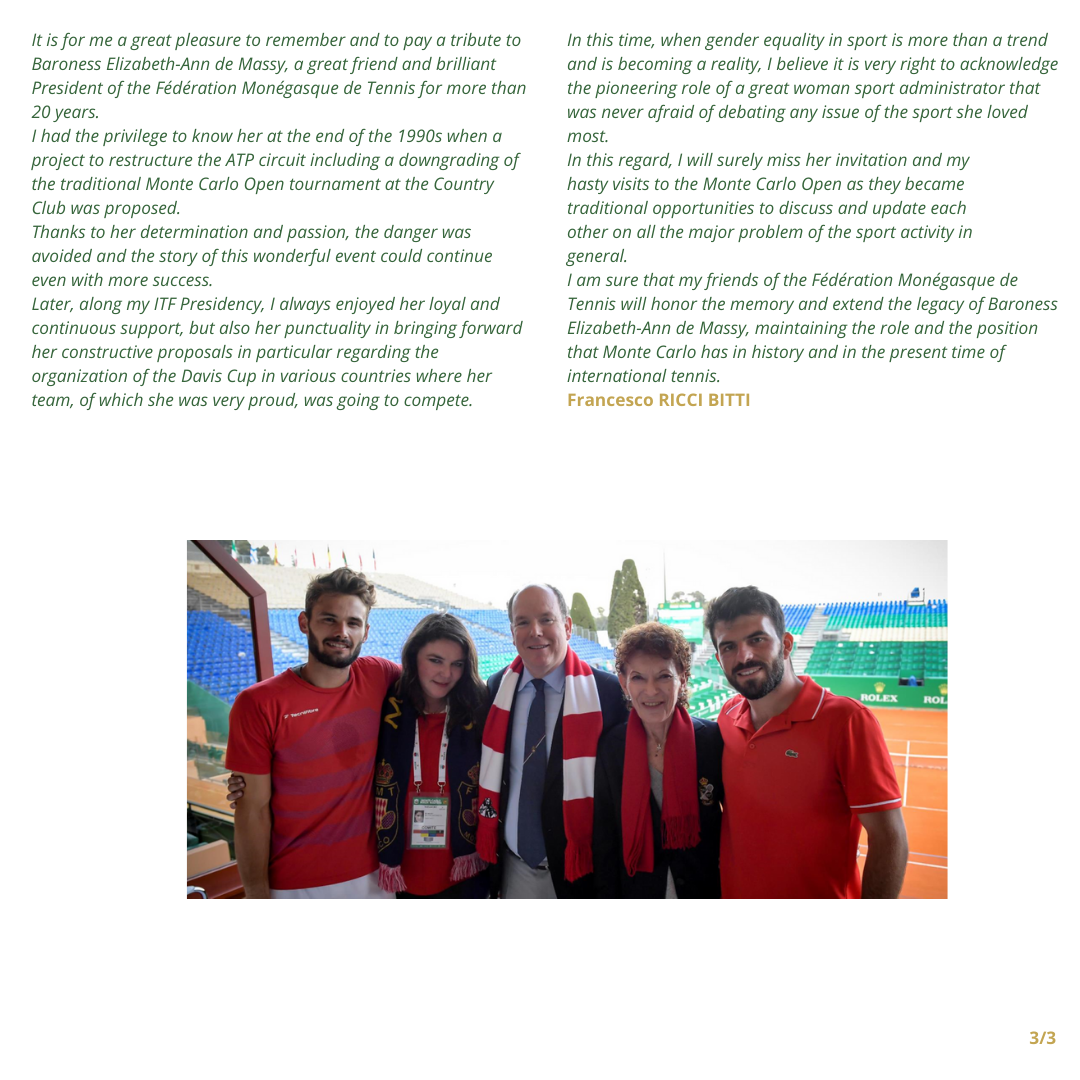 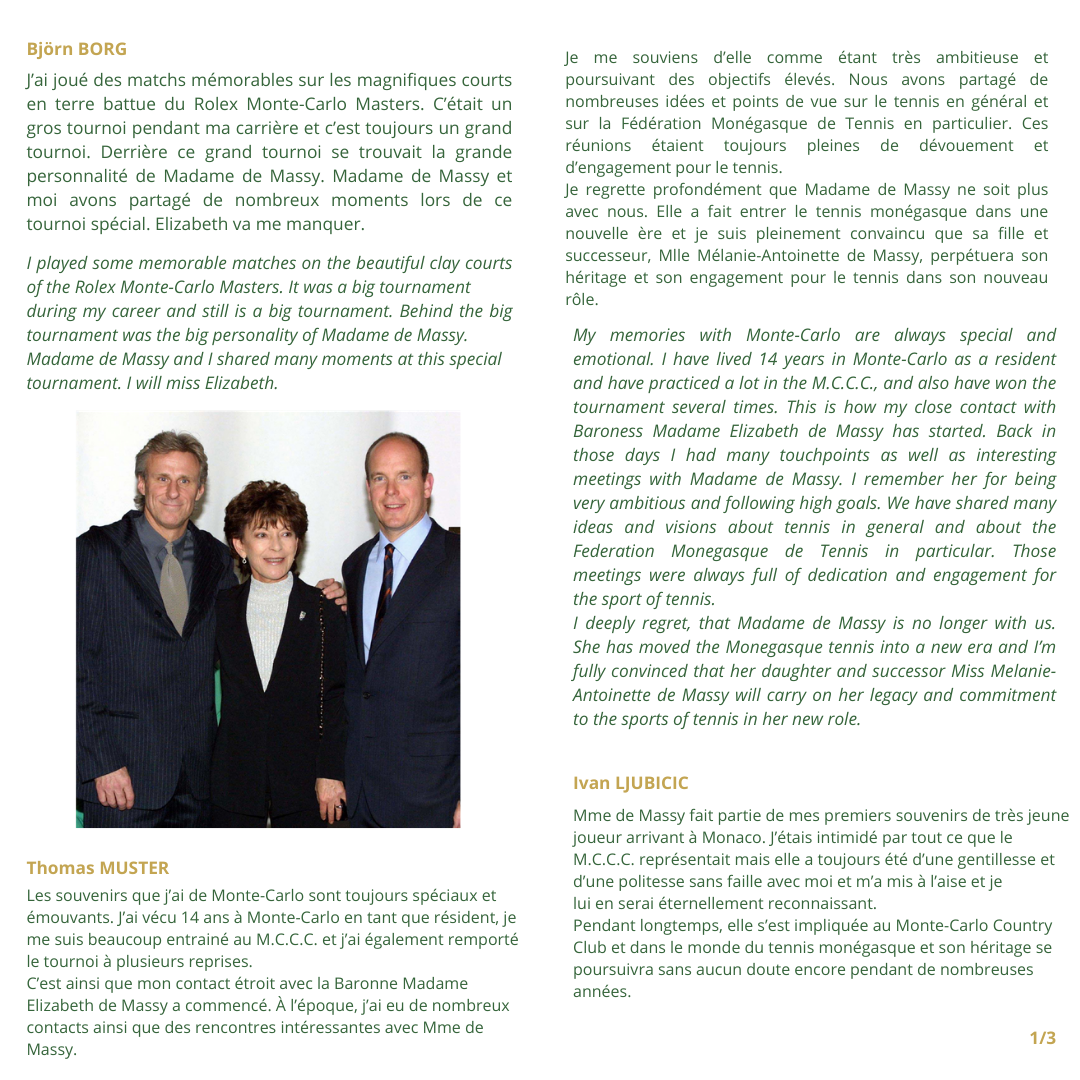 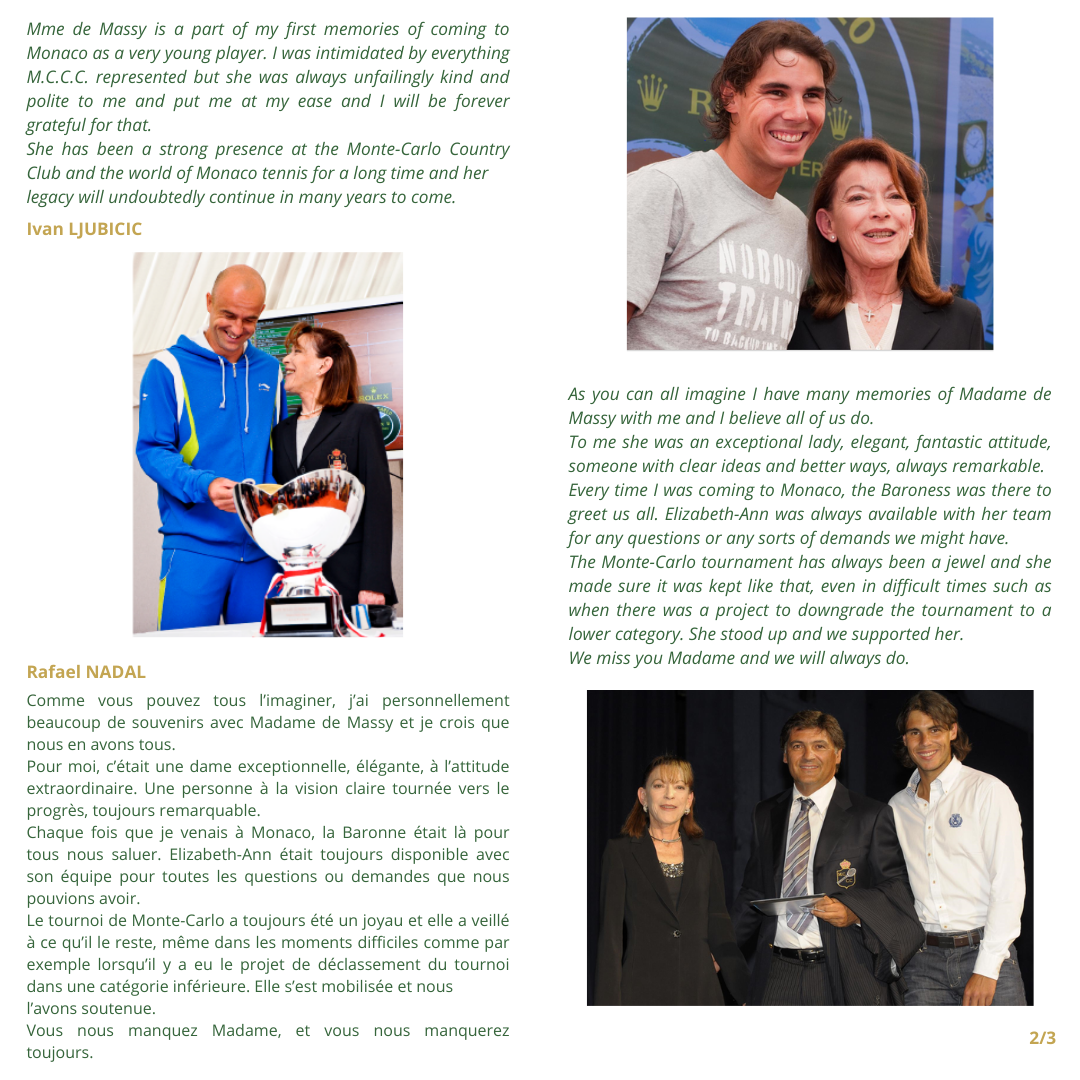 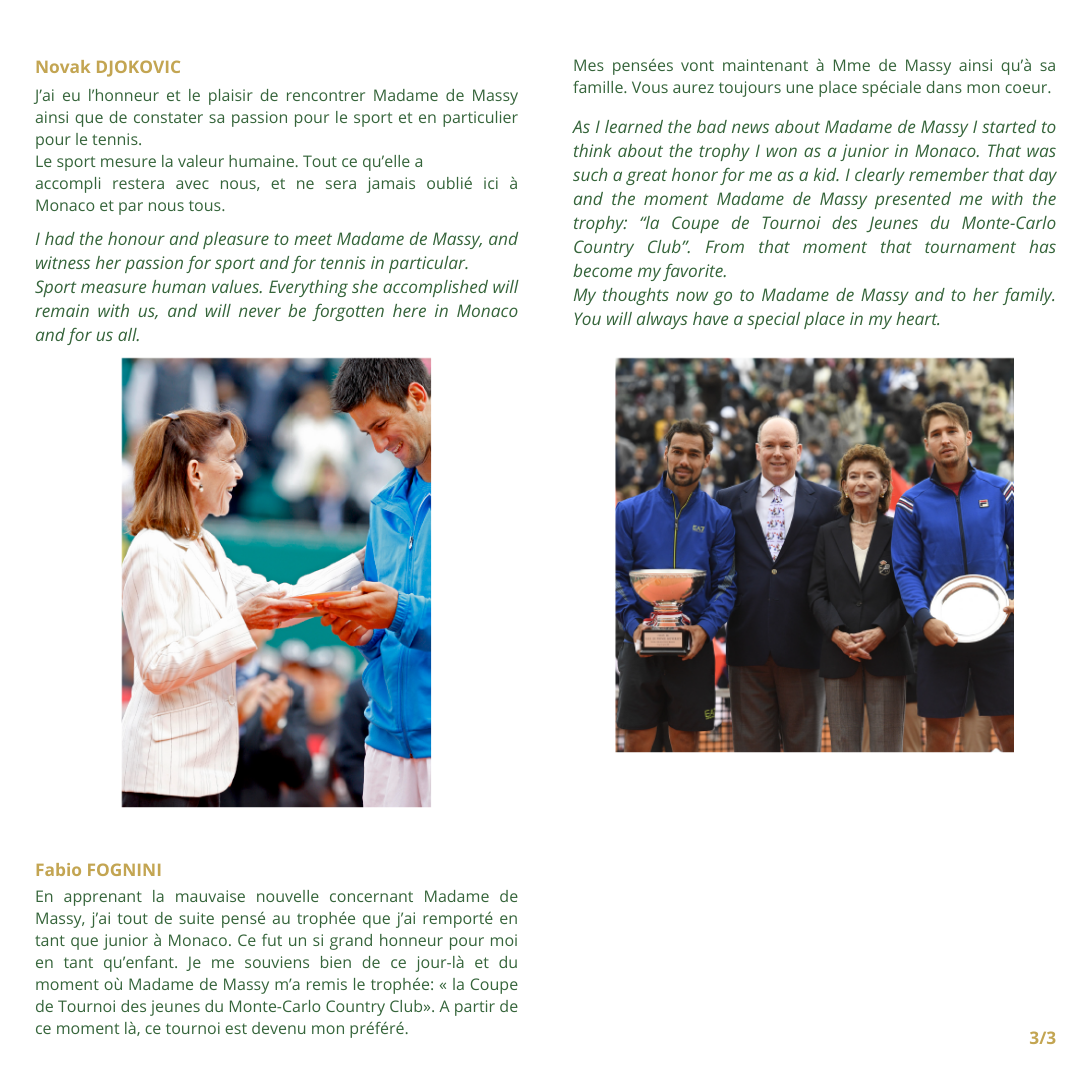